You are using an out of date browser. It may not display this or other websites correctly.
You should upgrade or use an alternative browser.
Welcome to GeezeZone!
This is a community dedicated to the discuss all things 90's and 2000's! Here we discuss and write about old tv shows, music, movies, games, toys, etc. Feel free to join to will be able to: comment on articles , join our events, and share your own memories! We'd love to hear them!
Join today!
When you think of the past years, what comes to mind? What's your first thought when you hear the words "nostalgia" or "2000s?" For many people, they might recall memories of watching their favorite TV shows like Friends, The West Wing, Heroes, and Will & Grace. The '90s even took it a notch higher with hit series that you just can't forget.

Now that we're on the verge of a new decade and have a few of our own TV shows to watch in this new decade, it's time for us to reflect on some other memorable television shows from the 2000s - and what better way than with a blog article!

It's hard to believe it's been almost a decade since the last season of Friends aired on television. And in that time, the show has become one of the most popular and nostalgia-inducing TV shows of all time.

Let's dive into the time machine to the good old days...

Saved by the Bell was one of the most popular TV shows of the 1990s. The show centers around the lives of four high school students who live together in a boarding house. The show is full of comedy and drama, and it is still loved by many people today. If you are a fan of nostalgia TV shows, then you should definitely check out Saved by the Bell.

One of the best things about Saved by the Bell is that it is completely free to watch online. You can watch all of the episodes online or on Netflix, so there is no excuse not to watch them! The show is also available on DVD, so you can enjoy the episodes even if you don't have the internet.

If you would like to learn more about Saved by the Bell, you should check out our full review of the show coming soon. The show has been around for a long time and will continue to entertain audiences for many years to come. They have been some re-runs and newly released of the show. Most recently is the Saved by the Bell (2020 TV Series) which is based on the plot of the original series.

The Office is among the popular TV shows of the 2000s. It is a hilarious, heartwarming, and clever show that will make you laugh out loud and cry in the same episode. The Office was originally aired on American television in 2005 and it quickly became a sensation. The show is about a group of employees at a small paper company who are trying to survive the everyday pressures of their job. The Office is filled with memorable characters, hilarious moments, and emotional scenes that will leave a lasting impression on you. If you are a fan of classic sitcoms like Friends or Seinfeld, then you will love The Office.

It is nearly impossible to not fall in love with these characters. Over time, The Office has garnered one of television's best fan bases. Fans have devoted themselves to documenting every

Back then Living Single was the top show. A must-watch if you didn't want to be left behind. The show follows the lives of six singles who live together in one apartment. The show was a hit with viewers, and it has remained popular over the years. Today, Living Single is still a popular show, and it is often cited as an example of nostalgia TV.

If you are a fan of Living Single, then you will love these top nostalgia TV shows of the 1990s. These shows are sure to bring back some memories! The show was fun to watch as it was light-hearted and entertaining but there are some serious moments that told a story of loneliness. The show took off because it was fresh and different from other dating shows back then.

The HBO series Sex and the City was a popular TV show of the 2000s. It followed the lives of four women – Charlotte, Miranda, Samantha, and Carrie – as they explored their relationships and sex lives. The show was full of sarcasm and humor, and it captivated viewers around the world. Many people remember watching Sex and the City episodes with their friends or family members.

The show is still popular today, and many people enjoy watching nostalgic clips or re-watching old episodes. If you're a fan of Sex and the City, be sure to check out our other blog posts about nostalgic TV shows!

Friends is a television show that has attained special popularity over time. It is a comedy-drama series that aired from 1994 to 2004. The show follows the lives of six friends in New York City: Monica, Rachel, Joey, Chandler, Phoebe, and Ross. The show is known for its relatable characters and its witty dialogue. It has been praised for its humor and its ability to make viewers laugh out loud. 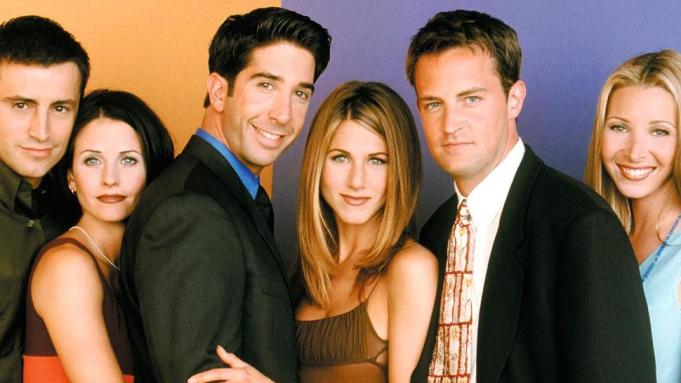 Friends is one of the longest-running primetime TV shows ever. The final episode aired on May 6, 2004, which made it the longest-running US primetime TV series ever. If you are a fan of Friends, be sure to check out some of the top nostalgia TV shows of the s. These shows are based on classic books or movies that were popular when you were younger.

Some of these shows include The Breakfast Club, Harry Potter, and the Philosopher's Stone, and The Lord of the Rings trilogy.

Family Guy is a series of animated sitcoms that was first released in 1999. The show follows the lives of the Griffin family, which includes parents Peter and Lois, their children Meg, Chris, and Stewie, and their dog Brian. It is among the few long-standing shows that are still running until now. 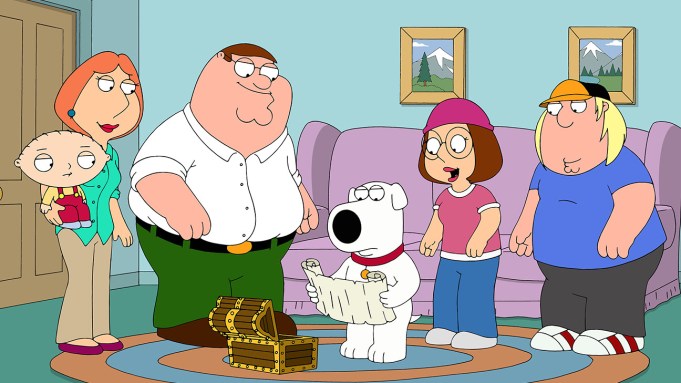 It is popular for its clever writing and its clever humor. It is also known for its controversial content, which has made it a favorite among comedy fans. I loved the show back then. However, I have missed many of the recent releases of the show. I will need to find time to catch up.

The show was renewed for a 19th season, which will be released in 2019. So far, the 18th season has been well-received by fans and critics alike. If you are a fan of Family Guy, then you will agree it is one of the unforgettable shows of our time.

Lost was one of the most popular shows on television in the 2000s, and today it is still very popular. The show follows a group of people who are stranded on a remote island and have to find a way off the island. Lost was a well-written and suspenseful TV show that captivated its viewers from the beginning. The storyline was unpredictable and kept the loves of live shows on their toes. The cast of Lost was excellent, and they played their roles perfectly. Some of the cast members who are still working in Hollywood today include Dominic Monaghan (Charlie), Evangeline Lilly (Kate), Josh Holloway ( Sawyer ), and Malcolm David Kelley ( Sayid ). Lost was canceled after six seasons, but it remains one of the most popular TV shows of all time.

The Simpsons have been a staple in American television since 1989 and are still going strong today. The show follows the adventures of the Simpson family – Homer, Marge, Bart, Lisa, and Maggie – who live in Springfield. The Simpsons are funny in some scenes and depressing in others, but it always brings a smile to your face. It is among the longest-running animated TV shows of recent times. This show has spanned many generations. Every generation has enjoyed the show, thanks to its balanced and well-thought writing.

The Simpsons is regarded as one of the most influential animated television shows of all time. The show is set in the fictional town of Springfield and lampoons many aspects of American culture, society, life, and politics. The characters are often portrayed as dysfunctional, but loveable and relatable archetypes.

Whether you were a fan of Gossip Girl when it aired on television in 2007 or you’re just now getting into the show, there’s no denying that this series is nostalgic. And, if you haven’t yet watched it, now is a perfect time! 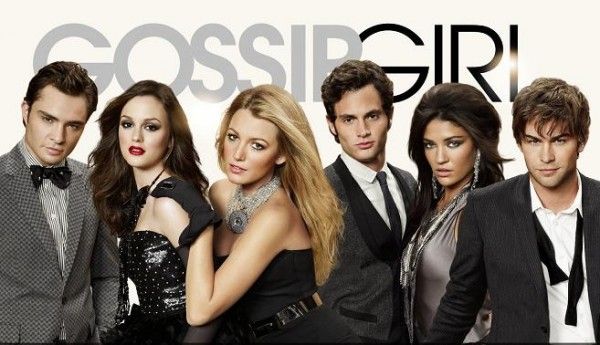 Gossip Girl follows the lives of privileged teenagers in Upper East Side Manhattan. The show is full of drama, love, and secrets. It was an instant hit with viewers and has since been released on DVD and Blu-ray.

If you want to experience all of the nostalgia that comes with watching Gossip Girl, be sure to check out our full retro review of the show here at Geezezone.com. And don’t forget to vote for your favorite episode!

The 80s were a decade of change, and there was no better example of this than the rise of Seinfeld. The show captured the hearts and minds of millions of Americans and continues to be beloved by fans years after its premiere. 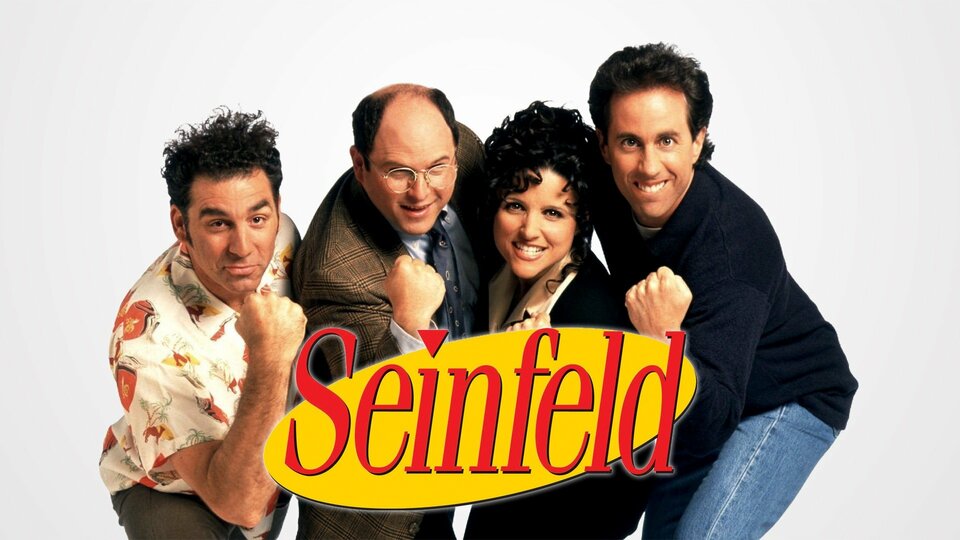 Seinfeld is a nostalgic show that takes us on a journey through the lives of four eccentric friends in New York City. The characters are complex and memorable, and the humor is razor-sharp.

If you’re looking for a show to take you back to the days when cable TV was all you had, then Seinfeld is definitely worth your time. It’s one of those rare shows that not only appeal to adults but also to kids who were growing up in the ‘90s.

It was a great time to be a fan of television back in the days of the 1990s and 2000s. There were so many great television shows to choose from that it was hard to just one favorite. The 90s was an important period in the world when technology was just catching up with all sectors of the economy.

The entertainment industry was one of the big beneficiaries. This is because at the time the equipment and technology uses were greatly improved. This enhanced the quality and the speed of release of the movies and TV shows.