Resident Evil (1996 – Present): All You Missed About This Awesome Video Game

What a great way to start the month like playing some retro games that takes you back in time. This week has been full of nostalgic trip back to the early ‘90s and the 2000s when gaming was just evolving. As the year comes to an end, I feel enthusiastic to take more trips back in time. Both in gaming, TV shows, culture, and music.

This week I had a glimpse of the good old days with the mighty and most popular Resident Evil (popularly referred to as RE). I was among the few who watched the movie before playing the game. And the experience was awesome. I was hooked up for life with the game. This is one of those games that left me satisfied after binging on it for hours on ends in he weekends. We would set up challenges with friends and beat our own records.

As usual, before we delve deeper into the Evolution of Resident Evil, let’s take a look at the history behind the game. This is one of the most popular and well-designed game by my standards. While I has many new releases and versions of the game, the original RE dates back in the mid-‘90s.
Resident Evil is a survival horror video game created and released by Capcom for the PlayStation in 1996. Members of the elite task team called S.T.A.R.S must escape a mansion infected with zombies and other monsters, which the players assume control of.

Shinji Mikami oversaw the creation of Resident Evil, which developer Tokuro Fujiwara envisioned as a sequel to his 1989 horror game Sweet Home. There have been numerous incarnations of this title, starting with 1993 Super Nintendo version, then the 1994 PlayStation version that was fully 3D first-person, and ultimately the current third-person version.

Third person action with the emphasis on inventory management, exploration, and puzzle solving is the primary ode of gameplay in this video game. The control technique, inventory system, save system, and use of 3D models placed over pre-rendered environments and all established in Resident Evil.

A lot of people loved Resident Evil because of tis visual and gameplay design as well as its sound and mood. At the time, it was the most popular PlayStation game of all time, selling more than any other. Toward the end of the year, it had sold more than 4 million copies around the world and made more than $200 million in revenue. For decades, Resident Evil has been regarded as one of the greatest video games ever made. As a result of its popularity in the 2000s, zombies were re-introduced into popular culture.

In addition to video games, films, comic books, novels, and other items, the franchise was developed. Sega Saturn, Windows, and the Nintendo DS all have versions of the game. Originally published for the GameCube in 2002, the Resident Evil remake was transferred to other platforms in 2015. Resident Evil 2 and Resident Evil Zero two prequels, were released in 1998 and 2002 respectively. 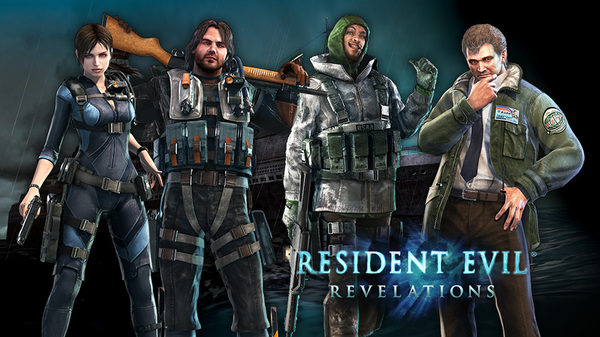 A member of a special task team tasked with enforcing the law is stranded in a house filled with dangerous mutants. Escape from the mansion and solve the mystery are the goals of the game. Real-time 3D polygonal characters and objects are layered over pre-rendered backdrops with fixed camera angles in the game’s aesthetics. Pushing left or right on D-pad and analog stick rotates character, and then pushing up or down on the d-pad to move character forward and backward (tank controls).

In order to complete the game's goal, the player finds different documents and clues that explain the game's narrative and assist them in solving various riddles in the estate. Other things and new regions can also be found with the use of key objects.

However, the ammunition for each rifle is limited, and the player must learn to conserve it for times in which they will truly need it. First-aid sprays and three types of healing herbs can be used to heal the character, which can be put together in different ways for varying healing benefits. Depending on the character, the player's carrying capacity is limited, and goods that the player does not wish to carry can be put in an item box to be recovered for later use.

Typewriters may be found spread around the game, and the player must pick up an ink ribbon and use it on one of them to save their progress. The player's stock of ink ribbons, like their ammo and healing supplies, is finite. Infected creatures like as flesh-eating zombies and zombie dogs, enormous spiders, sharks, and other monsters will be encountered and fought by players. Both Rebecca Chambers and Barry Burton are available to the player to aid them during the game.

New Vs. Retro: Do You Remember Resident Evil Village?

Let’s talk briefly of the new stuff. I bet most of you remember this one. In addition to the many Resident Evil games, there is a lot of history, lore, and crazy sci-fi to be found in the world of RE. In the last few years, Capcom has made it easier for newcomers to get into the Resident Evil Series by remastering both the second and third games in the series, as well as making Resident Evil 7: Biohazard a terrific place to start.

Resident Evil Village is the latest game in the series, and it is most likely what the new generation are likely to relate to easily. Before we get into the details of Resident Evil 7: Biohazard, it's crucial to remember that it marked a big shift in the series by introducing two new perspectives. Biohazard is not only the first Resident Evil game to be played in first-person, but it is also the first in which you play as Ethan Winters, a sane individual who happens to be a zombie.

Biohazard protagonist Ethan Winters returns to the Resident Evil franchise in Village. Until 2014, Ethan and Mia shared a typical existence together. Then there's the case of 2014, when Mia left a business trip and got caught in a hurricane. Ethan received an alarming email from Mia in 2017 merely requesting him to pick her up from the Baker property in Dunlevy Parish, Louisiana. When his wife reappeared from the afterlife, Ethan was so enthused that he didn't even bother to notify the authorities. If he did, he would have learned that the area had been the subject of a number of missing persons complaints, and that police were conducting a thorough search.
Ethan learns a lot about his wife Mia once he arrives at the ranch and enters the nightmare liar of the Baker family. To make matters worse for Eveline, Mia's team has unleashed an E-type bioweapon known as Eveline thanks to their research for the crime syndicate known as The Connections specializing in bioweaponry. For as long as she can remember, Eveline has possessed the ability to generate deadly mold and control anybody she comes into contact with.

After a period of stability under Mia's care, Eveline snapped and resisted everyone but Mia, whom she had come to regard as a mother. Eveline casually injects Mia with mold in order to keep her alive and force her to behave as her mother, even killing some of the crew members on board. Before Mia can tell the Baker family about her abilities, Eveline awakens at the Baker family ranch, where she takes control of everyone but Zoe, the Baker family's daughter, who is immune and remains trapped with her family.

Ethan and his wife are rescued by Chris Redfield, one of Resident Evil's most recognizable characters, throughout the course of Biohazard. Chris, the older brother of Claire from Resident Evil 2 and a Bioterrorism Security Assessment Alliance employee, has been a part of the Resident Evil franchise since its inception. However, while Chris has always been a “good guy,” all of that is thrown into doubt in the Resident Evil Village trailer.

Most Notable Characters in Resident Evil

One of the two major characters in the first Resident Evil, Chris Redfield has appeared in practically all of the series' titles. Reeves joined Racoon City's Special Tactics and Rescue Service to investigate a house, where the original game takes place, after having served in the Air Force. Chris Redfield joins the Bioterrorism Security Assessment Alliance following the demise of the Umbrella Corporation in The Umbrella Chronicles (BSAA).

Redfield spent the time between Resident Evil 6 and Resident Evil 7 fighting bioterrorists around the world. Suggestions have been made about his role in Resident Evil Village, where Blue Umbrella is believed to be his boss and he works for the British Security Agency. 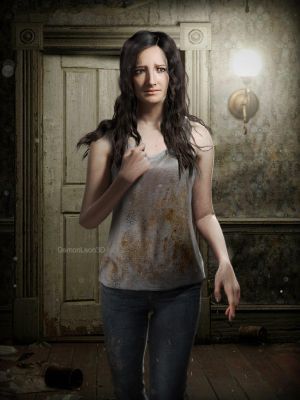 The Connections bioterrorism ring's operative is Mia Winters. While working as a researcher in 2010, she was assigned to take care of the E-type bioweapon Eveline by the group in 2014. Until the Dulvey incident in 2017, Mia concealed her ties to The Connections from Ethan. Resident Evil 7 ended with her moving to Europe with Ethan. After Rosemary was born, the couple moved to Resident Evil Village, where the story continues in 2021. 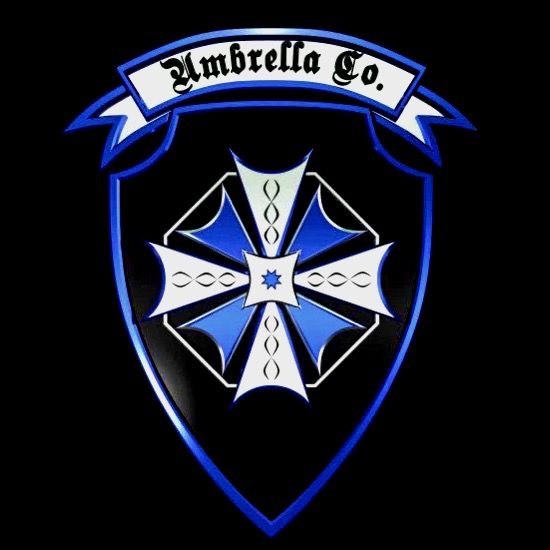 Between the 1970s and the 1990s, the Umbrella Corporation helped the U.S. government study bioweapons. Class-action lawsuits against Umbrella were filed in Racoon City when a viral weapon spilled and infected tens of thousands of people. Executives of Umbrella were jailed and the company's subsidiaries went bankrupt during this time period

In 2007, Umbrella reformed as Blue Umbrella in response to a growing number of bioterrorists. People still have a lot of mistrust for the group, and Chris Redfield is one of them. Redfield, on the other hand, joined Blue Umbrella's response to the Dulvey incident.

Involved in bioweapon research, the Connections is a criminal group. An entirely new fungus was generated by The Connections in 2000, which was later used to develop a bioweapon known as E-type. The Connections wanted to sell this fungus, known as the "Mold," to governments in order to take over regions without the use of traditional means. The fungus known as Eveline was used to make E-001 in 2014.

The Connections set up a lab in the Abercrombie Salt Mine to monitor the situation after crashing near the Baker residence. Within three years, Eveline went from a youthful girl to an elderly woman because of the E-type fungus. When The Connections asked Lucas to conduct hands-on study in the salt mine, he ended up killing the rest of the researchers there at their request. Resident Evil 7 ended with the deaths of Lucas and Eveline, but The Connections is expected to return in Resident Evil Village.

Resident Evil Village has taken the gaming world by storm. But this is not supposed to erode the beauty of the original retro game that it is based upon. Once in a while I have to take a look back and play the old version of the game, just to have the look and fell of what it was like back then. Honestly, I am loving the old game more than the most recent released. I can’t wat to see the enhancements that will be done in the next releases.

How do you remember Resident Evil?

What are some of the fond memories do you have of the game back then?
Click to expand...