The Forgotten Nostalgia Of Nokia Snake

You are using an out of date browser. It may not display this or other websites correctly.
You should upgrade or use an alternative browser.
Welcome to GeezeZone!
This is a community dedicated to the discuss all things 90's and 2000's! Here we discuss and write about old tv shows, music, movies, games, toys, etc. Feel free to join to will be able to: comment on articles , join our events, and share your own memories! We'd love to hear them!
Join today!
What comes to mind when I say the word "Nokia"? I'm sure 'nostalgia' will indeed be among the top replies for a fair number of individuals. However, there is one aspect of Nokia that everybody is familiar with, and I will mainly focus on in today's Article, which is Snake. Snake is a game available on old handsets, specifically the Nokia phone series. 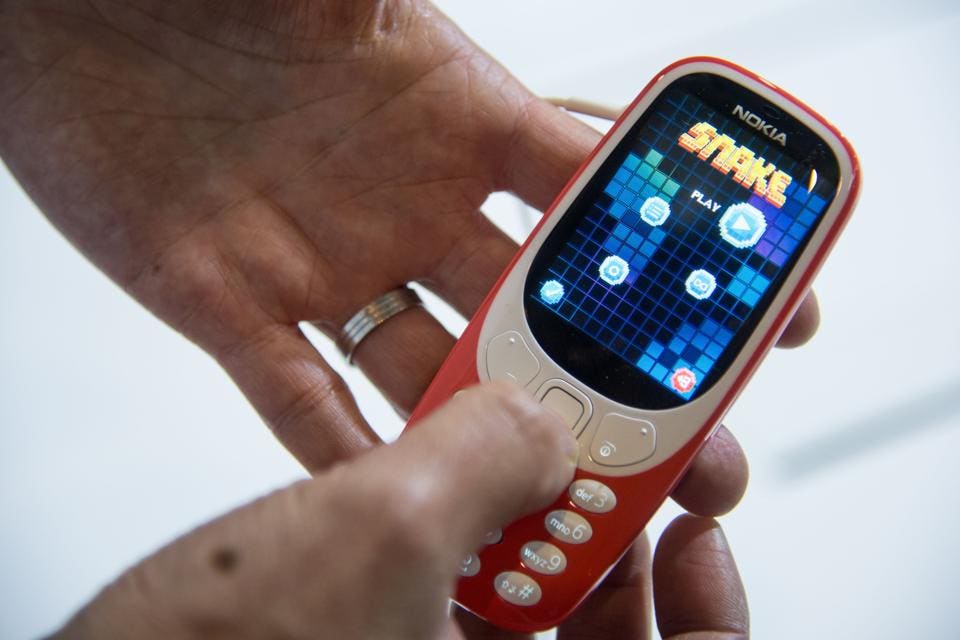 Now, of course, over the years, the famous Snake Game evolved as Nokia released more modern phones, and eventually, the renowned title lies waiting for eternity in history. So, why don't we take a walk down memory lane and dive into it?

Nokia wasn't the initial business to release a Snake application gadget. However, because of the game's accessibility, versions date back to 1976, including commercial versions for earlier pc, type-in entries to teach coding, and its presence on the Nokia 6110. So yes, the Nokia 3310 isn't the original Nokia phone to feature Snake. Here is a video of the first Snake Series on the Nokia, before the game became more modern.

But this is what intrigues me. Due to the sheer obsession with Snake on the Nokia 3310, it has become the primary edition, the one that conjures up memories of remembrance. Whereas the new Nokia phones dip into this, the variant of Snake that comes with the device doesn't look anything like the Snake people know, nor does it perform anything like Snake from 1997 or 2000. Nevertheless, nothing can beat the original Snake on the Nokia 3310. So who's still got their Nokia 3310? Perhaps it's time to play Snake after reading this blog post on GeezeZone.

Snake is a videogame in which you control a perfect line that moves around a grid. Don't think about the white backdrop and dark snake pattern from traditional Nokia phone's "Snake" game, as we've got a frenzy of color, forms, visuals, and audio pouring towards you from the display. It's like going through all the Stargate at the end of 2001 and seeing somebody else tackle Snakes.

Snakes debuted accompanied Nokia's N-Gage QD, the company's second digital cellphone. The N-Gage QD may have avoided the mechanical and joystick issues that plagued the first N-Gage. Still, the impact was accomplished, and the company remained known for its uncomfortable appearance, lack of revenues, and the catchphrase "Taco-phone."


Thank you for taking the time to read this Article - sorry it's a bit late! It was supposed to be published last Wednesday on the 1st, but I was unfortunately unwell, suffering an injury to my back. I'm feeling better now, and the next Article is due on the 15th of December, which is two weeks from the 1st. In the comments below, let us know what your thoughts are on the Nokia and the Snake Game. Do you still have a Nokia lurking in your draws somewhere?
Click to expand...