Discovering the Yu-Gi-Oh! trading card game must be one of the best things that happened to me in my childhood. I can still remember how it felt when I first discovered it and how much time I spent playing with my friends on weekends.​

Today we will talk about those fond memories of a game that many would have forgotten. And by the way, which Yu Gi Oh card are you?

Yu-Gi-Oh! The Nostalgia of the Game​

We all remember playing Yu-Gi-Oh! as kids. Those evenings spent battling friends and family, or even just trying to win that one epic duel against our opponent, were some of the best memories we ever had. Yu-Gi-Oh! was a game that was all about nostalgia for many of us - and it's no wonder because the card game is based on the classic Japanese manga.

I love watching Japanese manga to date. I just binged on One Piece the other day. Last week I re-watched A Manga Legend: Dragon Ball. And who hasn't watched Naruto? This is probably the most popular manga in the lineup.

Nowadays, there are numerous Yu-Gi-Oh! TCG variants are available worldwide, but there's nothing like the original. In this article, we'll be reminiscing about some of our fondest memories of Yu-Gi-Oh! and why it holds such a special place in our hearts.

Yu-Gi-Oh! has since become a global phenomenon, with fans worldwide playing and enjoying the game.

Yu-Gi-Oh! was created in Japan by Kazuki Takahashi, then given a license for an English-language release by 4Kids Entertainment. The first Yu-Gi-Oh! Anime aired in Japan from April 2, 2002, to September 28, 2004, and in America from October 3, 2004. It was produced by NAS and distributed by 4Kids Entertainment. The series has also been licensed by TV Tokyo and shown in the United States on Kids' WB!.

Yu-Gi-Oh! is based on the trading card game of the same name, first released by Konami in Japan in 1996. The Game is currently developed and published by Konami, with their English language version of the Game being released under the title Yu-Gi-Oh! Trading Card Game (Yugioh). In commemoration of this Yu-Gi-Oh! Series' 10th Anniversary on October 1st, 2006, a new trading card set was announced.

Multiple spin-off manga and anime series, a trading card game and a slew of video games have all grown out of the manga series' success in the media. Duel Monsters is a trading card game based on the Yu-Gi-Oh! Trading Card Game lies at the heart of most of these iterations, with each player using cards to "duel" each other in mock combat of fantasy "monsters."

The Difference Between Japanese and American Versions​

There are a few key differences between the Japanese and American versions of Yu-Gi-Oh! that make it an interesting and unique trading card game. For one, the number of cards in a player's hand is typically lower in the American version, meaning that players must rely on their deck-building skills to be more strategic in their plays.

The second difference is that most of the monsters in the Japanese version are weaker than their American counterparts, which often forces players to use different strategies when playing against opponents.
Although these differences may at first seem like small details, they can have a big impact on how the game is played and how successful a player is. These nuances make Yu-Gi-Oh! an enjoyable experience for both Japanese and American players, and I am grateful for all the memories it has created.

The Best Yu-gi-oh! Characters Everybody Loves​

One of the outstanding features of the Yu-Gi-Ho! was the characters. I loved the personality depicted by the main characters. These include Joey Wheeler, Yugi Mutou, and Yami Yugi. But who are the other characters that we love? In this blog post, we'll be looking at some of the most memorable Yugioh characters and why they're so loved.

First up is Tristan Taylor, known as "The Black Knight". He's a brave Duelist who stands up for what he believes in, even when it means risking everything. Tristan is also one of the most popular characters because he has a strong sense of humor and is always up for a good time. 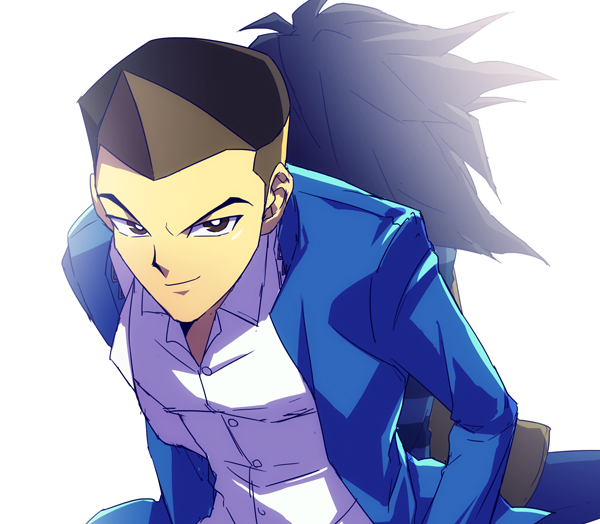 Next is Seto Kaiba, the CEO of KaibaCorp. He's an ambitious man who wants nothing more than to become the world's greatest Duelist. However, he often has to face setbacks due to his stubbornness. But despite his flaws, Seto is still one of our favorite characters because of his intriguing backstory and compelling dueling abilities. 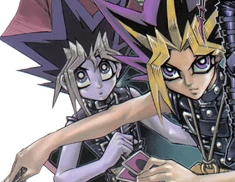 o is another character that's well-loved by fans. He's a teenage boy whose alter-ego is Rishid, a mysterious and powerful magician. He is also the last line of defense against powerful monsters known as The Dark Signers. Yugi has tremendous dueling skills, which is why he makes up half of the Egyptian God Cards.

He is one of the main characters in the story. An Ancient Egyptian relic Known as the Millennium Puzzle (Sennen Pazru) is among the seven Millenium items and holds the spirit of an ancient Egyptian king. At first, he is afraid of his other self, but as the story unfolds, he comes to the value and cherishes his other soul as a close and precious companion.

As the Millennium Puzzle's master, he had several memorable character moments where he defeated opponents in bleak situations without help from Dark Yugi.

Next up is his best friend, Joey Wheeler. He's a young teenager who enjoys spending time with friends and good food regardless of how much it might cost him.

But what makes Joey so special? 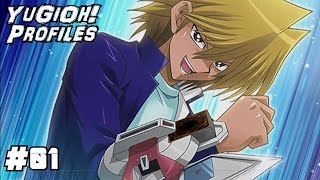 sharp sense of humor allow him to get along with anyone, even people he seems to dislike at first. He brings humor while also acting as a guardian of sorts for Joey during the Duel Monsters anime series.

Wayne Grayson (American), Hiroki Takahashi, and Toshiyu Morikawa (Japanese) are the actors that have provided the voice for the characters. By supporting Jonouchi and Honda when Ushio beats them to unconsciousness, Yugi reveals himself to be Jonouchi's "treasure" all along. Later in the evening, he returns home with the final Millennium Piece and challenges Ushio to the first Shadow Game of the series, which Yugi accepts.

As a result of Yogi's kindness to Jonouchi, the two become close friends who become his own personal "treasure". Fist-fighting prodigy Jonouch can generally take on larger opponents, like Bandit Keight (in the 2nd anime). Though he's not the strongest player in Domino, thanks to Yugi, he's been able to use his strengths to help Yugi out in previous storylines.

Mai Valentine (Sayuri Yuki) Mai Valentine is a girl with mysterious powers. She's the only one who can defeat The Dark Signers, and she has the power to change into any monster she wants at will.

But what makes her so special?

Her beauty rivals that of many teenage girls in the series, along with her ability to manipulate people and monsters alike. She's just one of the many beautiful characters to join the manga series, along with Jaden Yuki (Jaden Yuki). Jaden Yuki is the brother of Joey Wheeler and the owner of Duel Academy.

Japanese actress Haruhi Terada; American actresses Megan Hollingshead, Bella Hudson, and Kathleen Delaney are the voices behind Mai Valentine in various episodes. She was an attractive woman who lived alone for the majority of her life

A cruise ship blackjack dealer who had earlier used her "Aroma Tactics" to effortless win card games from guys who were foolishly enamored with her developed a jaded attitude towards people and showed no guilt in exploiting them.

Even though she was making a lot of money, this work made her dislike people even more until she decided to quit. Her Harpie-themed deck helped her become a formidable duelist.

There are many reasons why Yu-Gi-Oh! Is such a popular game. For starters, it's easy to learn for anyone who wants to play, whether you're a beginner or an experienced player. There are also a lot of strategies involved in playing the Game, which can keep you entertained for hours on end.

There's always something new to learn when playing Yu-Gi-Oh!, which keeps players coming back for more. Other common reasons for its popularity include:


Who was your favorite Duelist or group?​

For me, I always had a soft spot for Yusei Fudo because he always seemed so dedicated to his dueling and never gave up on a match. He was also one of the few duelists who could pull off some really impressive moves in a duel.

I also enjoyed watching Joey Wheeler duel because he always had such a great attitude and just seemed to enjoy playing the game. Overall, I think my favorite Duelist was Yusei Fudo.

Yu-Gi-Oh! fans all over the world have one thing in common, and that is our love for the Japanese manga series. Whether we grew up playing with friends or indulging in serious tournaments, Yu-Gi-Oh! has always been a big part of our lives. Even though the game has been out of print in North America for years now, it's still popular in Japan and worldwide.

This is one of those games that has left me with fond memories of the good old '90s. The late '90s saw the advancement in technology. This helped the entertainment sector make major steps in the quality of the animations created.

I remember back then, we would sit around in a circle, flipping cards and trying to come up with strategies together. There was always something new to learn about the game whether it was a new combo card or a never-before-seen rule.

The 1998 Yu-Gi-Oh! anime TV series was a huge hit that lasted only 27 episodes. Fans have been clamoring for a reboot of the show ever since it ended, so now it seems like the time could be right. I think that if they made a reboot, they could easily draw in more viewers and make more money than on their original run in 1998. Look at what One Piece and Naruto have done recently.

What memories do you have of the Yu-Gi-Oh?